Cloud computing and revolutionized the startup game over the past 15 years. But it's continuing to evolve and that is creating new opportunities, challenges, and questions for founders.

In Europe, Scaleway has emerged as one of the most influential cloud players. Initially founded by Xavier Niel in 1999 as part of his Iliad group, the cloud operation was spun out several years ago and rebranded. Now it is making a name for its focus on Europe as well as its emphasis on sustainability.

At the TechChill 2022 conference in April, I had a chance to talk with Scaleway Chief Revenue Officer Liam Boogar-Azouly about the current state of cloud services, the importance of sovereignty, why multi-cloud matters, and how the industry will change over the next decade.

Challenges for the current generation of entrepreneurs: "Whatever you are building as a software company, 20 other people could do it. And so what that means is it's that much harder to stand out than it was before. And so one of the hardest things for the next ten years is as you go to build your business, you have to think about, how am I going to create a competitive edge, and what does being customer-centric in 2022 mean?"

The false gospel of cloud: "Those guys were told a really simple truth, maybe even a lie, which was, if you want to build a billion dollar business, you have to go to the US. It's a very simple notion, it's not very controversial. And if you want to go to the US., you're going to need Amazon, you're going to need Azure, you're going to need Google. You can pick any of them, but you've got to pick one. So that is where a lot of people were coming from. And then you come back to the idea that now anyone can build a software company. And what we're seeing today versus ten years ago is increasingly startups don't care about sovereignty. Basically, where my customer data is, who has access to it, where do I pay taxes, where is the software that I'm using in the cloud physically residing?"

But customers feel differently: "French people were not really comfortable when they found out that their data was technically under the jurisdiction of a government that has historically greyed the lines on encryption and decrypting encrypted data. And so that becomes a really big problem because DoctoLib doesn't care where their data is stored. They wanted to build the best business, so they looked for the best tool at the time. And at the time that they started building the company, there were only three people that you really could choose from...Now people are saying...I'd rather choose the service where my data is hosted in Europe over the one where my data is hosted in the US. I'd rather choose the local guy and feed into a healthier ecosystem rather than continually enrich Seattle and San Francisco in the US economy."

Multi-cloud just means interoperability: "As consumers, we already live in a multi-cloud world. When you open up a browser, you are having a multi-cloud experience. And what's more interesting is if you go in and talk with your engineering teams, they're already living in a multi-cloud world. The software tools that developers use to build companies today are already all multi-cloud. GitHub doesn't care where your code lives. From an infrastructure perspective, the tools that people are using are already multi-cloud. The only reason you hear that it's more complicated is that people don't want you to do it. But everything already is multi-cloud. And so we've gotten to this place where you can choose and this kind of comes back to the conversation about how do you stand out as a company. You can choose to say, 'I want to do what's best for every one of my customers. And I don't care where as a founder, I don't care where my data is or what infrastructure I use. That's not where I'm distinguishing myself. However, if I have customers in Europe and they say, look, GDPR, we'd really like to keep the data here.' So if you want to build a customer-centric business today, you're already accepting that if you want to build a global business, you're going to build a multi-cloud business. That's already happening."

Why sustainability matters: "Customers are now holding companies accountable. We see it with companies becoming B-corps and they're actually saying, 'We will structure our organization around impact and the data is out there.' Consumers and businesses prefer to buy from people whose values align with theirs. And so when we talk about scaling, changing it means that whereas the previous generation was scale-at-all-costs, I want global domination, I don't care if I have to destroy industries and destroy rainforests to do it...Now people are thinking about scaling differently and that changes a lot of habits. That changes decisions around the choice that you provide to customers around where their data is hosted and who has access to it. It also changes the type of data center that you're going to work with. Increasingly businesses want to know what the carbon footprint is of the data center where their data is hosted and that's changing what it means to scale a business because it's impacting your ability to beat the competition."

Multi-cloud for better performance and reliability: "The promise of the cloud of 100% uptime, it'll never go down, is clearly untenable, even for the biggest of players. Slack goes down, Twitter goes down, Google goes down, Microsoft goes down. And so I think people are waking up to the idea that I can't have a single point of failure and I can't have a single vendor a failure either. And so a lot of people are coming around to that. We had an unfortunate incident in France with another cloud player where they had a data center catch fire. And in the short term, for some people, that meant just switching vendors. But for most of the people we talked to, it wasn't about switching vendors. It was about moving from single cloud to multi-cloud. And saying, how are we going to be in a position of flexibility and agility in the future? Because as much as we'd like to think that one company will solve all of our problems, every company has a single point of failure."

Why go multi-cloud from Day 1: "Weirdly enough, the cloud is one of the last places that is arguably a commodity bedrock infrastructure where vendors will actually make you pay to leave. There's a very wonderful article about Pinterest, one of those last generation of startups that scaled at all costs, and they would go bankrupt today if they tried to change cloud vendors. Not because as an IT project, it's so complex and the product would be hard to replicate. No, just the cost of moving their data off of the vendor they're currently with. There's a fee charged and that would cost them more money than they have. It's really hard to negotiate the price when you can't leave. A lot of what we see around people choosing a multi-cloud approach is more about saying, 'I'd rather have a really good set of generalist tools that quite my back-end engineering team can use rather than go down a really deep single approach and only be able to hire specialists and potentially run into areas where if something happens in the market and we need to make a switch in our business, we can't because we're stuck." Seed Of The Week: Vibe 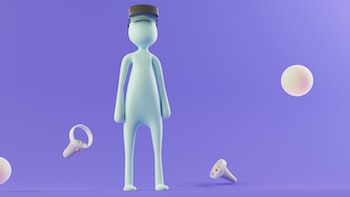